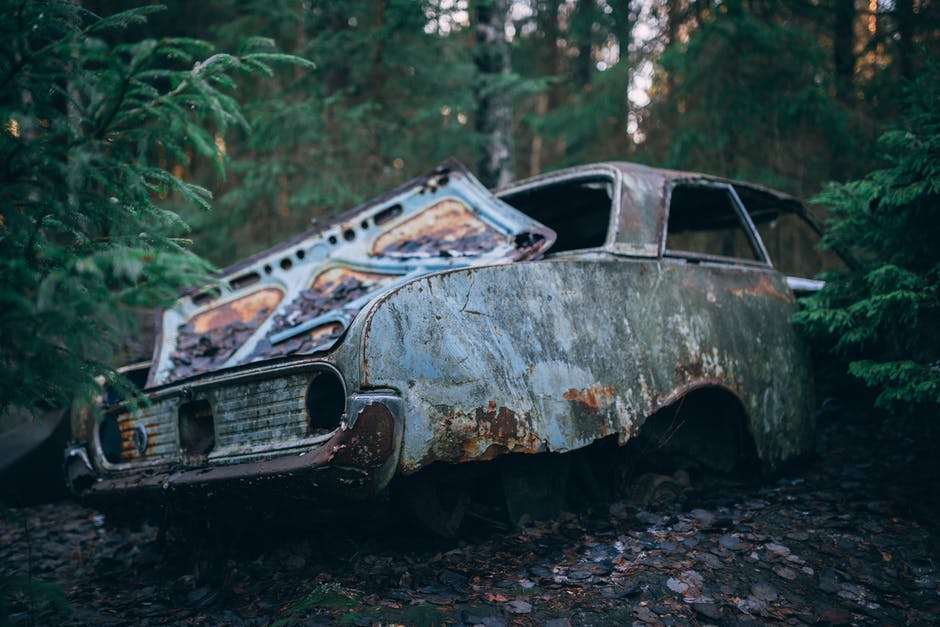 In 2013, Americans scrapped a whopping 11.5 million vehicles. Yet sometimes, when you’re looking for somewhere to sell scrap cars, finding a good deal is tough. Looking for an honest buyer who won’t rip you off feels like looking for a needle in a haystack.

We know how hard it can be. That’s where we come in.

When you’re looking for someone to buy junk cars in Sacramento, give us a call. Don’t spend any more time trawling through ads looking for buyers. Don’t get ripped off by a dishonest scrapyard.

Instead, contact us! We’ll give you a cash offer, no matter what condition your car is in. Scrapping an old car is great for the environment, great for your wallet, and helps get you a better car.

There are a lot of ways to get rid of an old car. In this article, we’re going to put these different approaches under the microscope. We’re sure that, by the end of this piece, you’ll agree that we offer the best way of selling junk cars in Sacramento.

Ready to see what makes us so good? Then read on!

How to sell a junk car in Sacramento? The traditional way might be the first that pops into your head. You’d put an ad in a newspaper, hoping to sell scrap cars to someone who needs it more than you do.

This is still a strategy. It’s not a viable one.

Newspapers are dying, and throwing an ad in the Sacramento Bee isn’t going to get your car sold fast. There are other problems too. For starters, you’ll need to do a ton of research to ensure that you’re trying to sell your car at the right price.

You’ll have to clean the car inside and out. While you’re waiting to find someone to buy the junk cars, they’ll be sat out on your driveway or in your yard, taking up space. This isn’t the modern way to sell junk cars in Sacramento: it definitely isn’t the best way.

This is the modern approach if you want to sell scrap cars yourself. This still isn’t an ideal approach, though. Putting an ad online and hoping to find someone willing to buy your old car still has the same problems as the traditional approach.

The biggest problem is that selling a car online is tricky. So many people do this that the market is saturated and selling cars becomes a race to the bottom.

If you want to get rid of your car quickly, then you’ll need to cut the price. Surely the objective of selling your junk cars is to get a good price! Plus, due to the saturated market, you’ll need to do even more research and get even more pictures of your car.

This is more work for you, to ultimately, get a worse price. This isn’t the best way to sell junk cars in Sacramento either.

If you want to sell your car quickly, the traditional way to do so was to go to a junkyard. They’d take your car off your hands and sell it for parts. The problem here is that finding a scrapyard that doesn’t rip you off is difficult.

When you’re looking for somewhere in Sacramento that buys junk cars, you have a lot of options. How do you know that they’re giving you a fair deal, though? You don’t, you only have their word.

Scrapyards exist to make a profit and don’t typically offer fair prices. This means that when you’re trying to sell junk cars in Sacramento, you’re going to be losing money hand over fist. Selling a car to a scrapyard might have worked for your grandfather, but it won’t work today.

Stripping Your Car for Parts

If you want to get good prices for individual parts, then stripping your car is a solid option. There are a lot of car parts that can fetch a healthy price on the scrap market.

The catalytic converter is one such component. This part that cleans the car’s exhaust, has been government-mandated since 1972. It is also chockful of precious metals, including palladium and gold, which makes its price consistently high.

Other parts that are worth selling include electronics, fenders, doors, and bumpers. These parts are either expensive in their own right or are commonly required, increasing their price.

Of course, stripping a car does have its own set of problems. Instead of having one car on your driveway, your house is now full of parts. Who needs that?

The Best Way to Sell Junk Cars in Sacramento

The best way to sell junk cars in Sacramento is to sell them to us. We will buy a car no matter the condition for a fair price.

Has a wreck reduced your car to a very heavy paperweight on your driveway? Is it roadworthy except for a dodgy transmission? Does your car have one of these five expensive repairs?

It doesn’t matter, we’ll buy it.

Unlike selling your car, your scrap car won’t be sat outside your house for months on end. Parts won’t litter your house. You won’t need to search high and low for a fair price.

Call us anytime for an instant quote. We’ll buy cars, trucks, and SUVs, and pay you on the spot when we pick it up.

We’re fully-licensed, regulated, and have everything that we need to solve your junk car problem today. If you’re ready for us to give you cash for your cars, then get in touch with us today! Call us on (844) 663-7286!