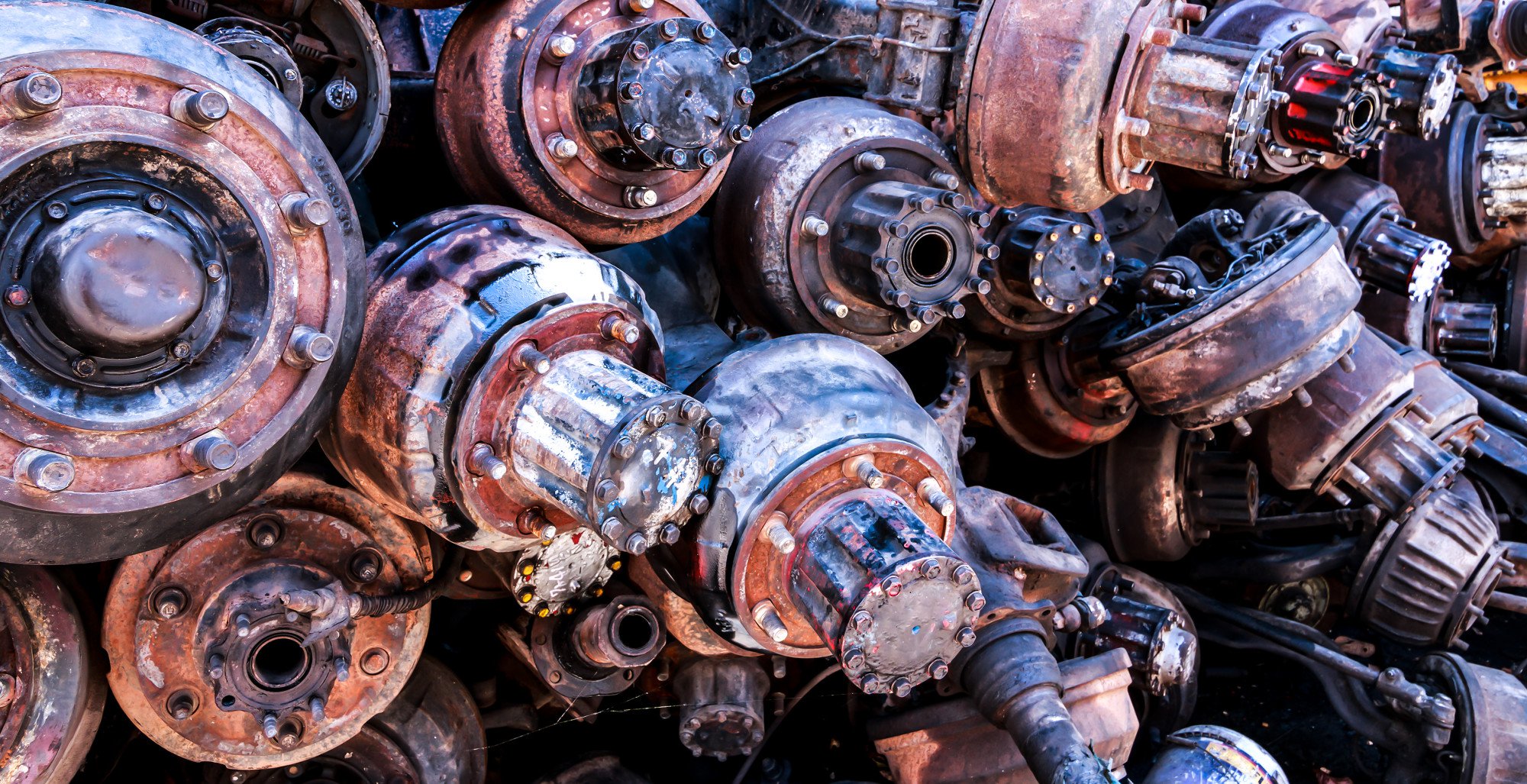 Car mechanics are doing their bit for the environment.

Indeed, cars are officially the most recycled item in the United States.

25 million tons of old car material gets recycled every year. And, according to the same source, every ton is worth $1 billion. That’s right, the auto-recycling industry contributes $25 billion annually to the national GDP.

Not bad for what’s essentially a pile of junk, right?

Clearly, people around the country are making the most of their old cars. Of course, the environment isn’t the only thing that benefits. Disassembling your crumbling 4-wheeled hunk of junk on the lawn can reap a fine financial reward too.

With a bit of effort, selling a car for parts can make you a fair amount of money. But some parts are more valuable than others. Want to learn which bits it pays to keep?

Continue reading to discover the most valuable car parts to set aside when parting out a car.

You might look at the dirty, dented, decaying old wheels on your old car and assume they hold no value. However, you may be wrong.

Many people will pay good money for a wheel, tire, or set of rims that fit their particular needs. They’re unlikely to be the most valuable parts of the car.

But you never know. Particular car models hold specific value. If they’re old classics, or particularly rare, then collectors and aficionados may be willing to pay good money for them. Do your research and ask someone who knows their cars, just in case.

Any electronics in your car will generally hold financial value.

That’s why, compared to the wheels, the GPS is a part of any junk car you can guarantee holds value.

That’s particularly true of built-in systems. These can actually be sold for a few hundred dollars if they’re intact and in full working order. Take care when taking it from the vehicle. There’s nothing worse than breaking something of value in the disassembly process!

Your portable GPS you had attached to the windscreen may be worth something too. It’s unlikely to fetch as much. But you can’t afford to waste it in your bid to get as much money from the car as possible.

Try selling your GPS on to manufacturers, electronics shops, car dealerships, parts collectors, and so on.

Old doors are well-sought after in the used car parts market.

You’ll probably have seen it in action. It’s fairly common to see a car with a door of a different color to the rest of the vehicle. That’s because it can be cheaper to replace a damaged door than repair it. An intact door gets taken from another car of the same model and fitted to yours.

Equally, many people will take the entire door apart. The individual components of it can be sold separately. Even if the doors on your junk vehicle are damaged, don’t assume they hold no value!

As we’ve just seen, the car doors are worth money intact or in parts.

Each individual component can be sold for extra cash. Items of particular value include the windows, mirrors and electrical components inside. Remember, minor and major accidents are happening all the time. The need for even the smallest part is generally quite high.

The aforementioned bits and pieces are commonly in need of replacement. Many mechanics will look for the entire door, as discussed. Others will prefer the smaller, individual components.

Fenders serve a vital purpose in any car.

They’re designed to protect the wheel wells and underside of vehicles from impact. For that reason, these parts are made of durable metal to withstand the rigors of the role. They’re also commonly damaged!

People are always looking for replacement fenders for their vehicle(s). If you can offer them good condition fenders, then you’re to make some money.

Anyone new to cars may never have heard of these.

But every car built after 1975 has one built into the exhaust system. They play an important role in emission-reduction. Essentially, catalytic converters are designed and fitted with a catalyst that converts harmful, pollutant gases into less damaging ones.

They hold particular value too. Why? Because of the precious metals contained within them. Palladium and platinum are two such examples. Be sure to salvage this part from the car. You’ll get a solid return.

Unused airbags in junk cars can provide another source of value.

Let’s imagine the car has been damaged in an accident but, for whatever reason, the airbags didn’t deploy. The car is no longer usable, but the airbags are. As the owner of that car, you can look to sell them for up to $200. That’s pretty good going!

The reason people will pay so much is that a full install of new airbags can cost around a grand. That means they can save a bunch of cash by purchasing the airbags separately, from someone like you!

Nobody likes driving a car without a radio.

Is your old junker just sitting there taking up space? Consider selling the radio from it to someone who needs one. You’ll be sure to make some extra cash from doing so. New radios that you’ve added will be worth more money. But even the radio a car came with will be worth something.

Scrapping a car with the radio inside is like throwing away money!

Time to Start Parting Out a Car

There you have it: the most valuable car parts to set aside and sell when parting out a car!

Auto-recycling is a thriving industry in the United States. People around the country are disassembling their old cars and reselling it for parts all the time. They make a bunch of money on the process!

Hopefully, the information in this piece will help you do the same.

Thinking about getting rid of your old car? We’ll buy it from you in any condition. Contact us today for a quote!